ANNOUNCEMENT FROM THE SKIATHOS PORT AUTHORITY

To avoid obstructing routed ships, it is prohibited to remain anchored boat-ships within the marine area of Skiathos’ main port to avoid obstructing not only landing-take-off aircraft.
Before arriving at the port, the captains of recreational ships communicate with the Skiathos Port Authority via VHF channel 12 or by telephone at 2427022017.
In the event of non-compliance with the above, the penalties envisaged shall be imposed by the port authority.

ANNOUNCEMENT FROM THE PORT AUTHORITY OF SKIATHOS

It is forbidden to remain on anchorage vessels – ships within the sea area of the main port of Skiathos in order to avoid obstruction of the approach of the ferry boats, as well as the landing – take – off of the airplanes.
Prior to arriving at the port, Leaders of the pleasure craft communicate with the Skiathos Port Authority via VHF on Channel 12 or by calling 2427022017.
Το non-compliant with the above will be imposed by the Port Authority on the penalties provided for. 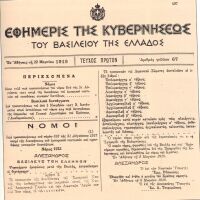 In 1919, the port body is founded. The founding law is N. 1753 of 1919 “On the amendment of law 816 and the addition of relevant provisions”. The most important innovation in this law is Article 3, which provides for the establishment of the same body at each port, composed of staff of the Navy Directorate, for the inspection of such services, the Naval Maximum Fund, and the Port Authorities.

Article 3 of the Law is the official birth regime of the port body’s birth. The late Georgios Sakalis and Konstantinos Boukas were inspired by her. For this purpose, by decree, it authorized the transfer from the Navy to the port body of sixty-six (66) officers. Thus, the port body, five (05) months after its establishment, had already been established and organized, covering almost all the positions laid down by N. 1753. The transferred executives had a capable education and language skills, and were specialized in the subjects of merchant shipping from their service to the Department of Merchant Navy and the Port Authorities, and had solely undertaken the adventure of the transmission to a new body with the zeal of the pioneer and the affectionate affection for Greek merchant shipping, the administration of which would be their sole professional career.

Most of them, as the story has recorded, have been encouraged fiercely, amounted to the levels of the hierarchy and offered, at the end of their service, important work in the big case of our shipping. 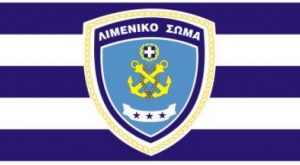 It has been organized, the constant personnel whose military status, according to the Military Penal Code (SPC). Its staff shall apply the provisions concerning the other armed bodies as well as the provisions of Article 129 of the Code of Harbor Body Personal Body, which was ratified by N. 3079/2002 (ΦΕΚ 311 Α΄)